The Indiana University Libraries Moving Image Archive (IULMIA), formerly the Indiana University Libraries Film Archive, is one of the world’s largest and most comprehensive academic film collections. The archive contains more than 71,700 items spanning nearly 80 years of film production, including many rare and last-remaining copies of influential 20th-century films. This site involved being able to create a video-based iFrame from our Media Services repository to embed in Omeka item pages and exhibits. To do this we created a new plugin to link to the Media Services and create the iFrame. 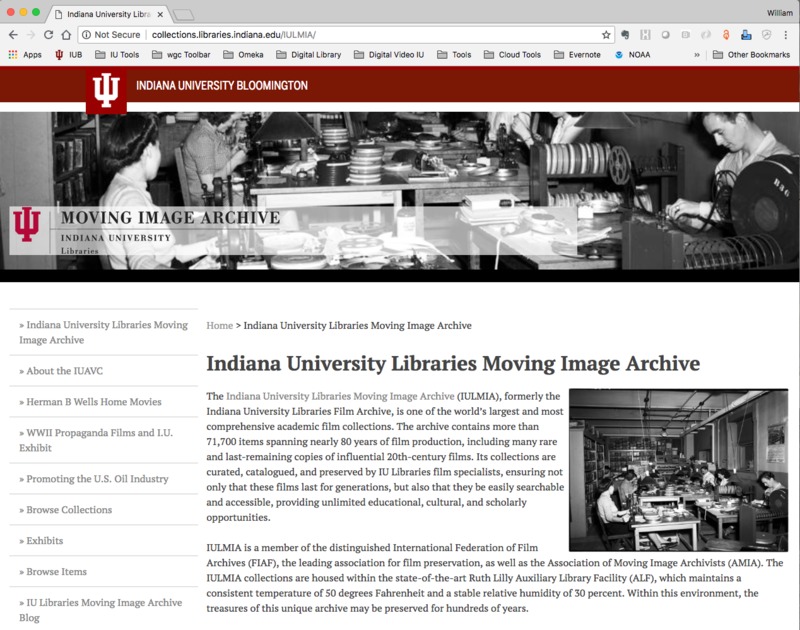 Go Back to Published Omeka Sites